Summer is flying by thanks to the fun we have had thus far. I can't believe it is almost over and Bree will be starting kindergarten! She can't wait though, so that makes up for my end of summer sadness. In a nutshell: 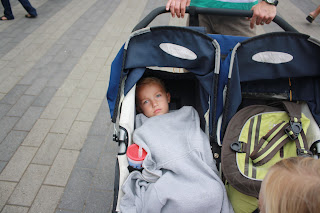 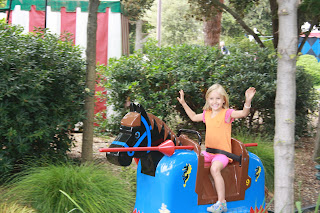 Quick trip to Lego Land! The kids had set several goals with Robbie a few months before and the end prize was a trip to Lego Land. (For example, Not saying "I don't like this dinner!" when you first sit down...even if you have had a several times before and ate it without problems. Or keeping clothes picked up after changing four times a day...you can guess which goals went with which child!) They worked really hard and were so excited to go. Our dear friend Nicole watched McKay for us and we played hard! Until lunch time when Gabe said he wasn't feeling very well :( He started coming down with a fever and kept saying he wanted to take a nap. WHAT?! You have been waiting and talking about this trip for months you can't be getting sick! Poor thing. So I took him to the hotel and slept for three hours (which honestly after the previous night with McKay...a whole other story...I welcomed the nap and slept the whole time too!) while Robbie and Bree continued to have a blast at Lego Land. That night Gabe asked Robbie for a blessing and then fortunately the next morning he woke up fine. We met up with our friends at the beach and then drove home that afternoon. Gabe was so excited and not nervous at all to hold the little sand crabs they were finding. So glad he was feeling better. 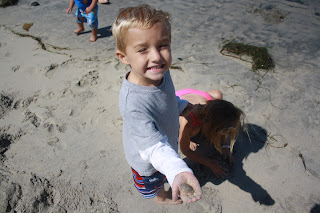 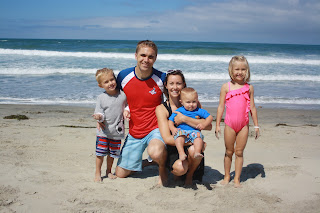 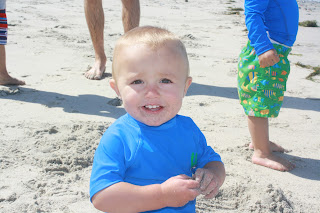 McKay was just happy to be in the sand...got a lot on his face cause he kept doing the sign for "water" when he would look at the ocean! We love the beach! And I love you Nicole! SO fun to get to see our dear friends! 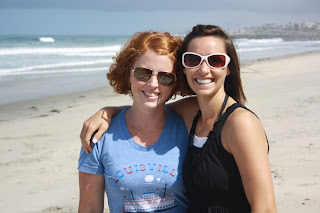 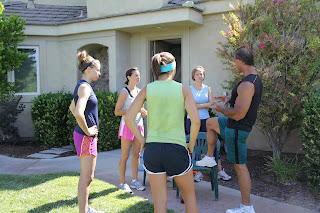 Then a week later we took a trip to St. George for the Henderson Family Reunion! Wish I could post pictures about everything we did! We did a morning workout with my parent's amazing trainer, Mark. 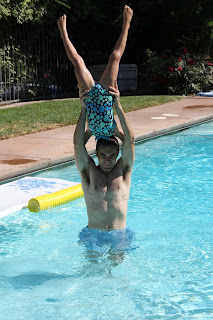 Went swimming several times.
Did some canyoneering down a side of Pine Mountain I had never seen before! Had a boot slapping hoe-down in grandpa's airplane hangar...with BBQ and a square dancing caller and everything! So fun :) McKay was in heaven with all the space and the music! 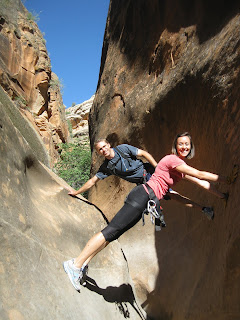 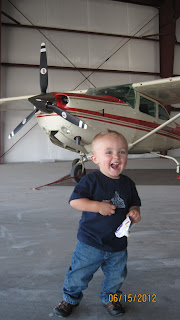 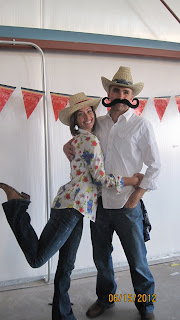 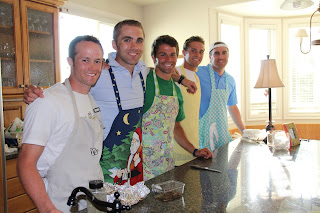 The men had a steak cook off...Robbie proudly tied for first for place for "best taste" and yes it was so yummy! Traveled up to enjoy the beauty of Sundance where my sister Lizzy had the baby blessing for sweet Tille Rose. And of course, there was plenty of golfing for the men. 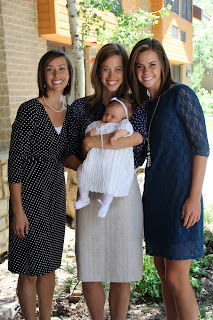 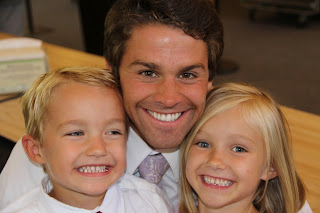 It was such a wonderful reunion. We are so happy to finally have some cousins...and before we know it they will actually be able to play with each other! But in the mean time Uncle's Taylor and Kurt and Aunt Sarah kept the children thoroughly entertained. Really I wouldn't rather be with any other people. Love my family! 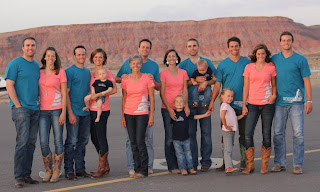 You guys always have so much fun together...can I be an honorary member of your fam!!!!

What a great post...so fun reading about your summer adventures. It is even more fun because I was a part of some of them. LOVE THE HARMON FAMILY!!!